Wine on the Vine (WOTV) is the headline project of The Israel Innovation Fund, a nonprofit foundation whose mission it is to bring the very best of contemporary Israeli culture to the rest of the globe and to accelerate the modernization of Jewish philanthropic world.

WOTV is an exciting new initiative meant to serve those who love the land and people of Israel in three different ways:

We’ve done this by building a secure digital platform on the one hand, and a network of relationships with Israeli wineries and charities on the other. With the simple click of a button a grapevine goes into the soil, resources are directed to where they are needed, and at the end of all of this wine flows from these hills and valleys to every corner of the globe. So if you’ve planted a vine today, thank you, from all of us!

If you are a non-profit interested in becoming a part of this story, we’d love to hear from you! We believe vines are a great way for those in this space to generate revenue while doing good, with several highly customizable options available. Click here to reach out to our Director, Tatiana Hasson how your organization could grow with grapevines. 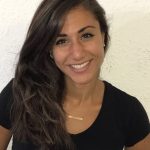 Tatiana was born and raised in Boston, MA. After graduating from Maimonides school she spent her gap year studying, traveling and volunteering in Israel. Tatiana graduated from UMD with a BS in Community Health. Upon graduation, she became a campus coordinator for the David Project. While living in Boston she established a new Moishe house, which hosts events for young Jewish adults to foster a sense of community among youth. She now lives in Jerusalem.